Following two years of online New Student Orientation sessions due to COVID-19 restrictions, MEDEX faculty and staff were happy to welcome in-person a new cohort of 159 students from across all five MEDEX campuses to the University of Washington’s Seattle campus on a recent summery day.

Tove Blake, Director of Admissions and Student Services, reports that this year’s incoming class “is the most diverse in the 53-year history of MEDEX. The numbers for Underrepresented in Medicine (URiM) have increased from 14.3% in 2020 to 37.9% in 2022. The program also saw a spike in students with military experience from 9.3% in 2020 to 19.3% in 2022.”

Meet twelve of these new MEDEX students through quick snaps and brief reflections on their personal and professional experiences, on the question of diversity and community, and on the paths that have led them here. 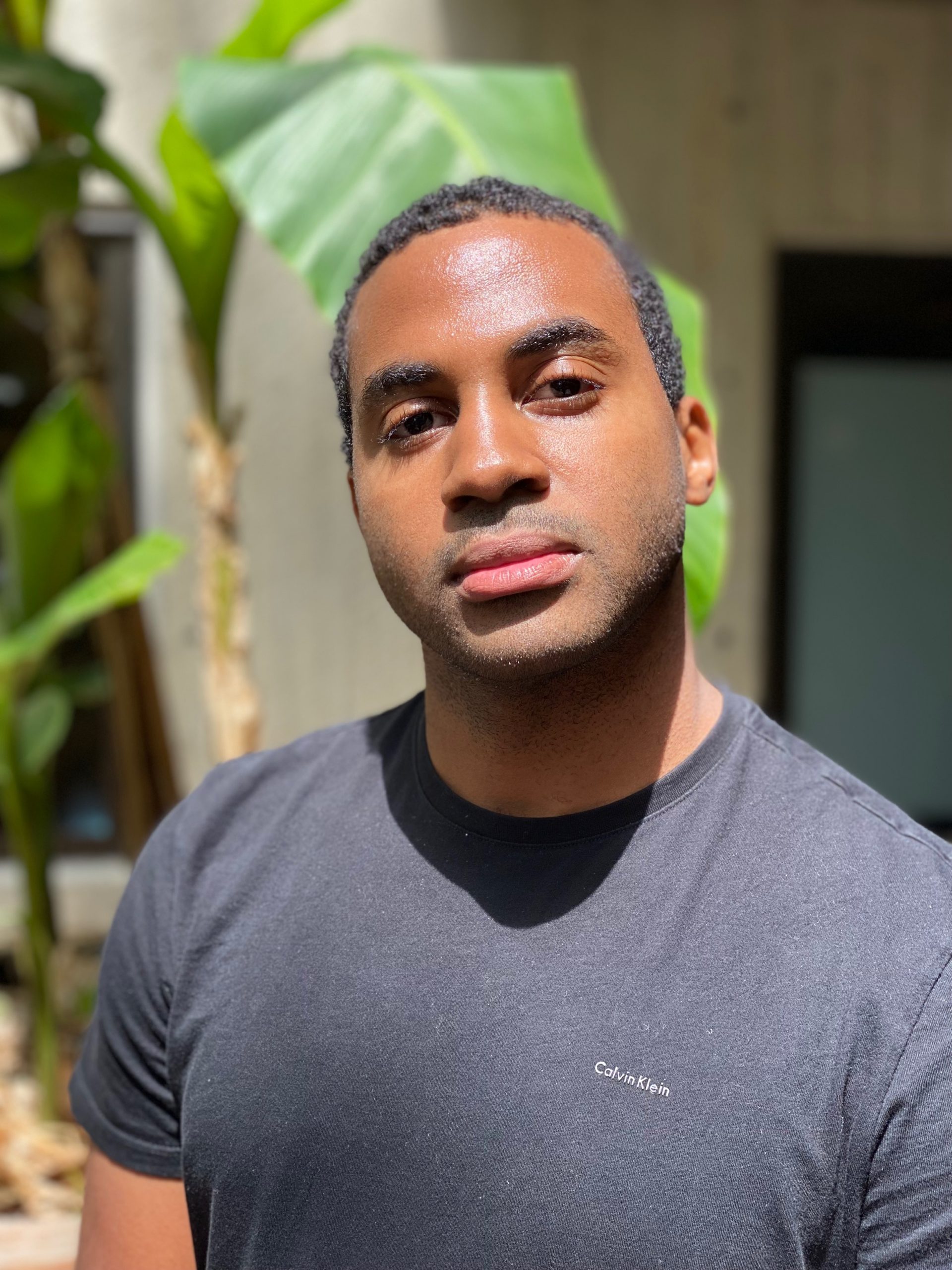 I served as a Navy Submariner from 2013-2018, and was stationed at Pearl Harbor from 2014 on. A submarine is a very small community. We had one medical provider, an Independent Duty Corpsman (IDC), who worked on the vessel’s Emergency Medical Assistant Team (EMAT). I worked under the IDC, and he’s the one who told me of the PA profession. I knew pretty much straightaway that I wanted to become a PA, and just about every step I’ve made since then has been toward getting here. I think MEDEX practices what it preaches. The Kona Campus for example. They could have chosen to put the program in Oahu, but they chose to put it in one of the most rural parts of the state of Hawaii. I love their mission. 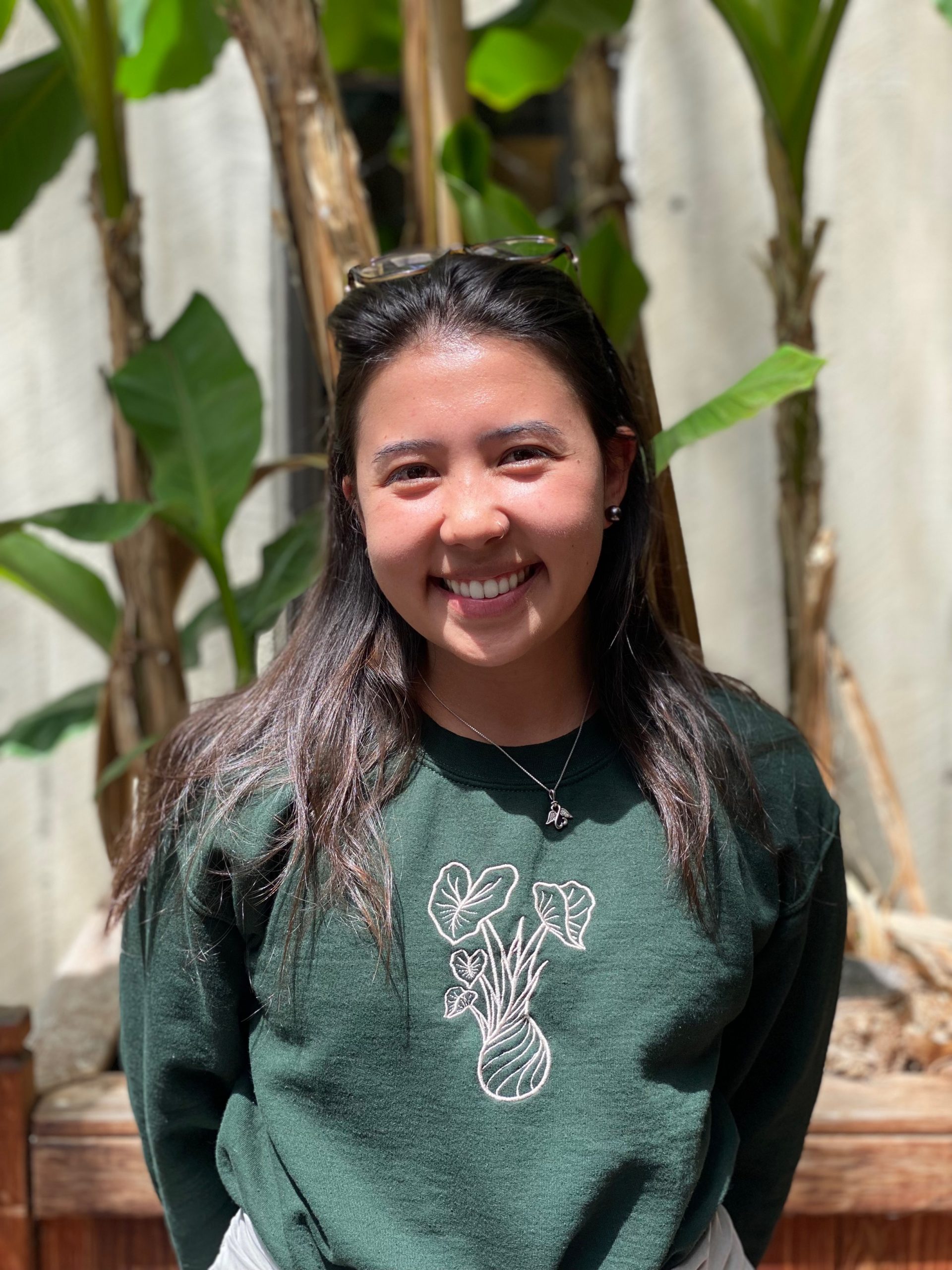 Growing up in Hawaii as a Native Hawaiian, I’ve seen a lot of health ailments all around me and my family. The mission statement for MEDEX is exactly what I want to do: cater to rural health areas, assist those who need more care in areas that need more care, areas that don’t have as many providers, and to people who need a bit of extra love. I want the Native Hawaiian community to be able to see themselves in me, and then become more motivated to become more educated about their health. 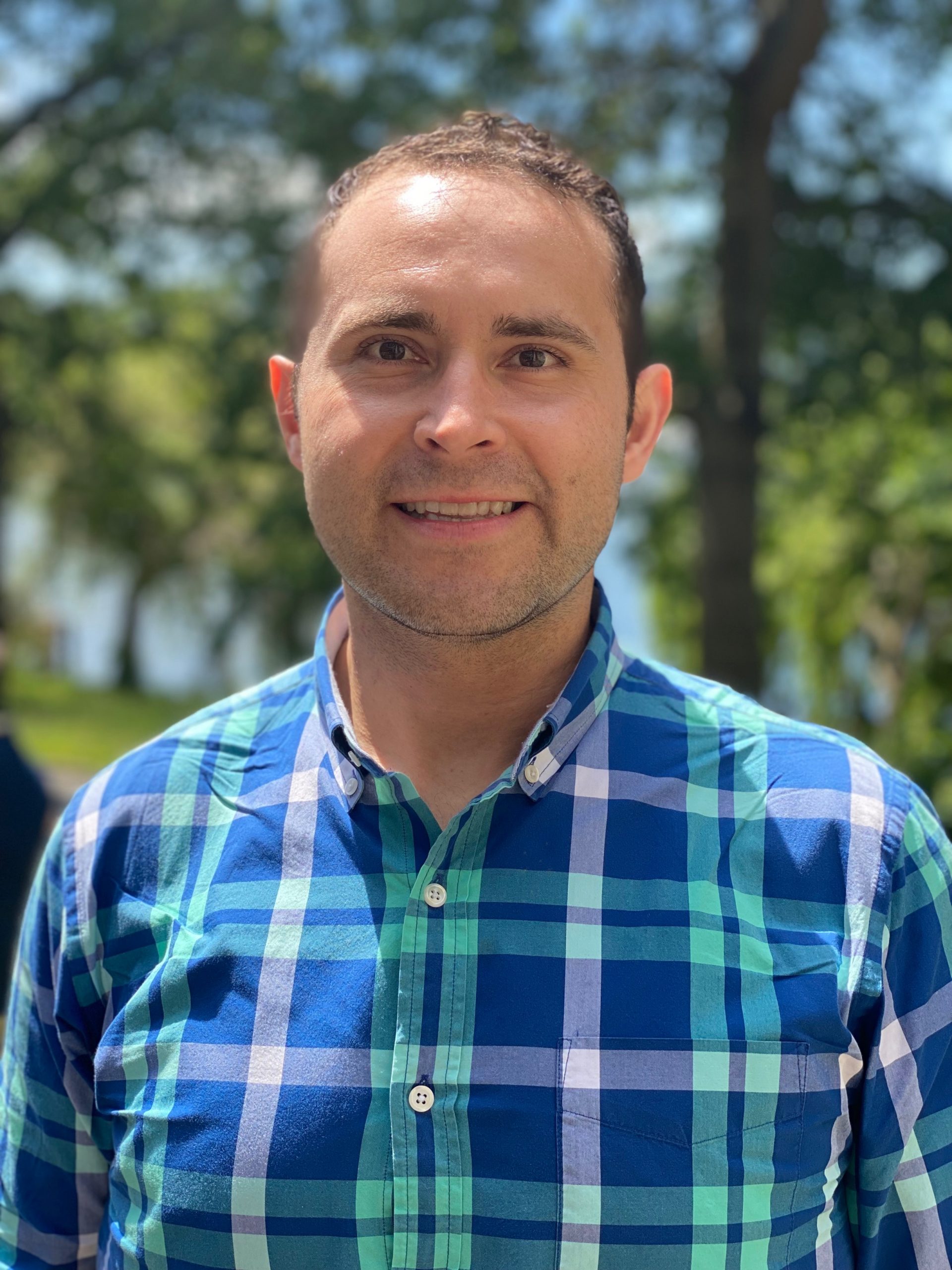 I served 14 years in the Army as a combat medic, 4 1/2 of those years in Iraq. My first introduction to the medical world was through PAs. They worked with us in rural Thailand, then again in our next deployment in Iraq, providing basic care for local villagers. That’s where I really learned about the lateral mobility of a PA. I was fascinated with them. Without a doubt the MEDEX mission statement resonates with me: rural underserved. That’s where I grew up, that’s where I see the need. I want to be one of those people who doesn’t just leave when they graduate. I want to come back and make a difference. 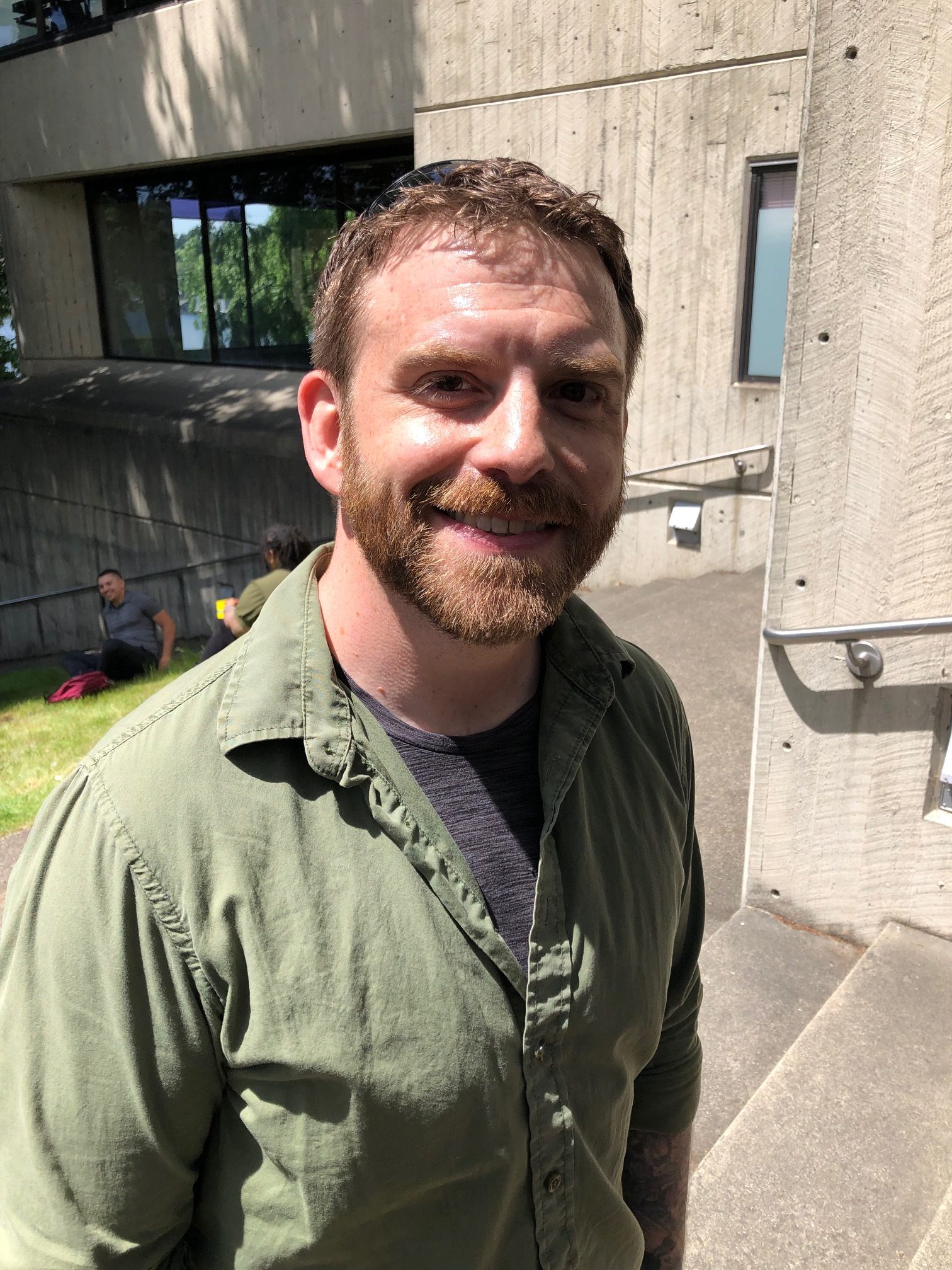 I retired from the Navy in October 2021, completing a 22-year career as a corpsman. I was an Independent Duty Corpsman for the last 13 years of my service. I worked extensively with and for PAs, and MEDEX was where they told me I should go. The background and history of MEDEX was very enticing, particularly with their long-standing support of veterans and retired and separated combat medics. So I’ve found a place where they’re like “Hey, you can take something you’ve already done and become even better at it.” There aren’t a lot of other programs that offer something like that. 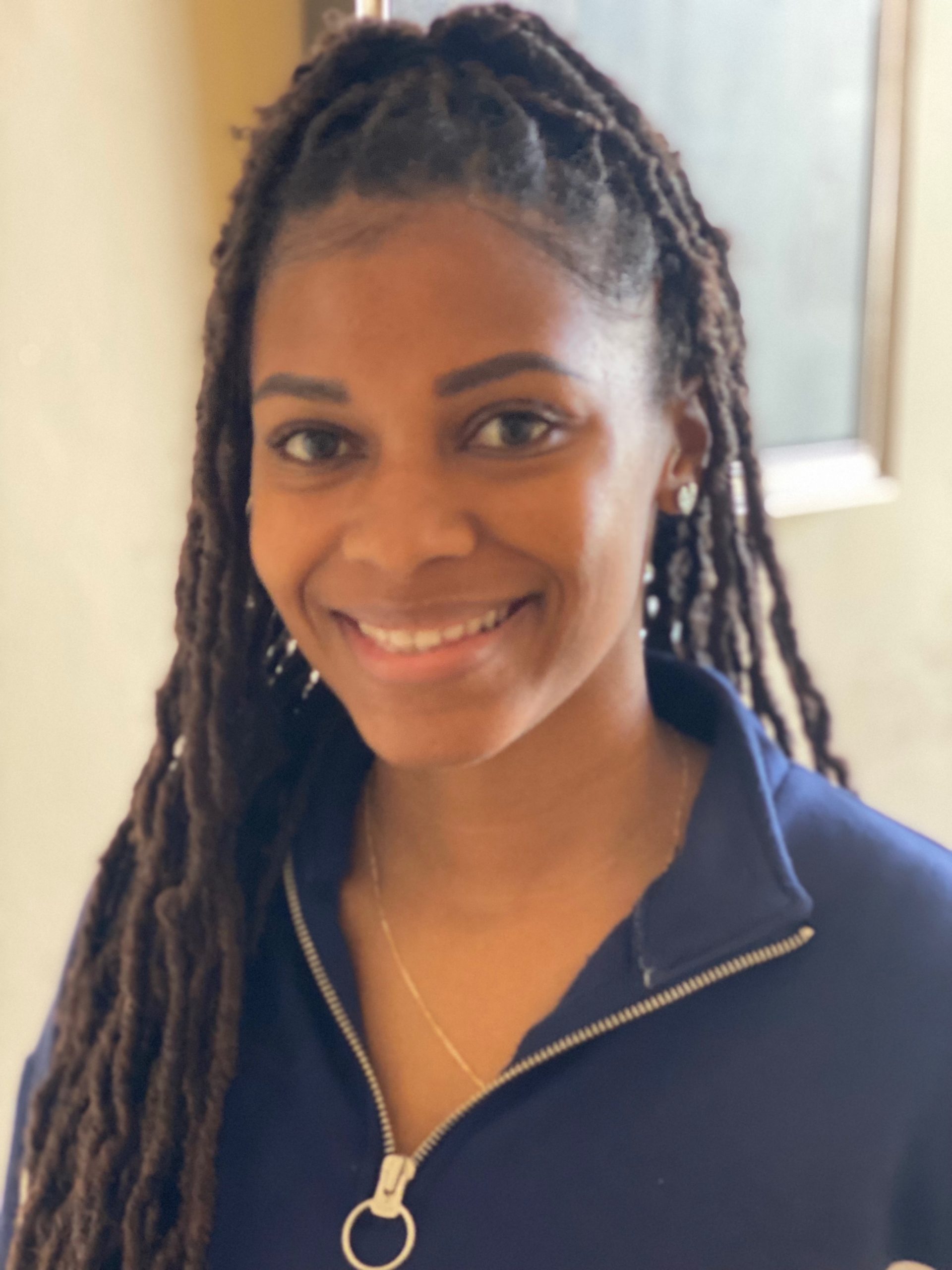 I grew up in a disadvantaged community without a lot of access to healthcare. No one in my family is in healthcare, but I’ve been interested in it since I was younger. I actually joined the Army to train in medicine. My mom said I could join, but only if I got a medical job. Once I became an Army Combat Medic, I found out about the PA profession. I considered going into the IPAP [the military’s Interservice Physician Assistant Program], but when I read the MEDEX mission, I only applied to MEDEX and one other school. I have my MPH, so I see myself doing community health, public outreach, even prevention work. But I also want to get a feel for other specialties and other areas. I might change my mind! 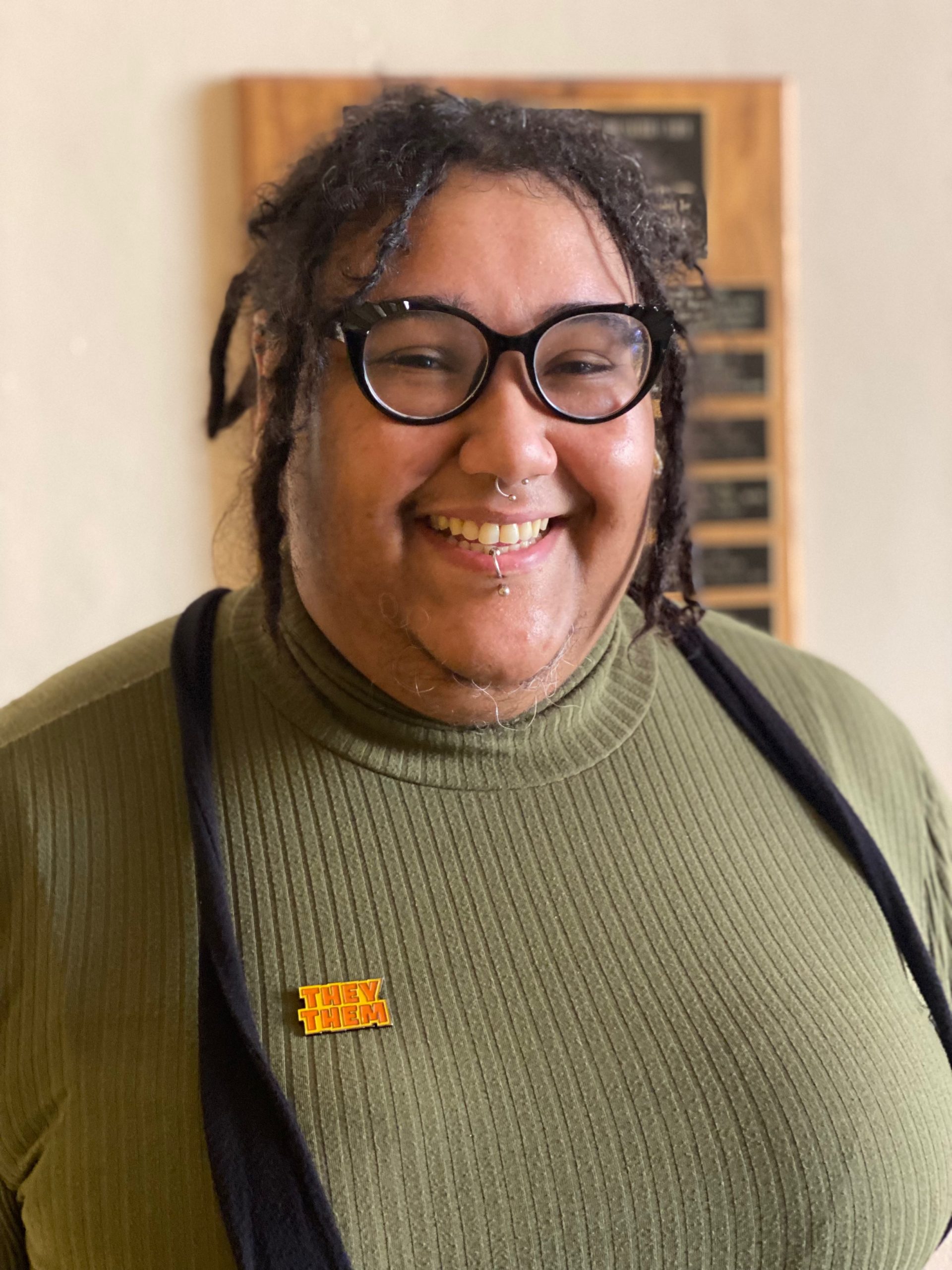 I’ve been a Medical Assistant for 15 years, with a primary focus on the ER. I recently left the ER in search of more community health experience. Why? Because I was so used to seeing patients at their worst, I wanted to have a hand in keeping them at their best. I was introduced to the idea of becoming a PA by working with PAs in the UW Neighborhood Clinics, which included Terry Scott, in fact! Before that, I was looking at becoming a Nurse Practitioner, but that path doesn’t really recognize my experience quite like the PA path does. It was MEDEX’s history that most drew me here. After graduation, I’m hoping to go back to into community health. It’s a good fit for me. 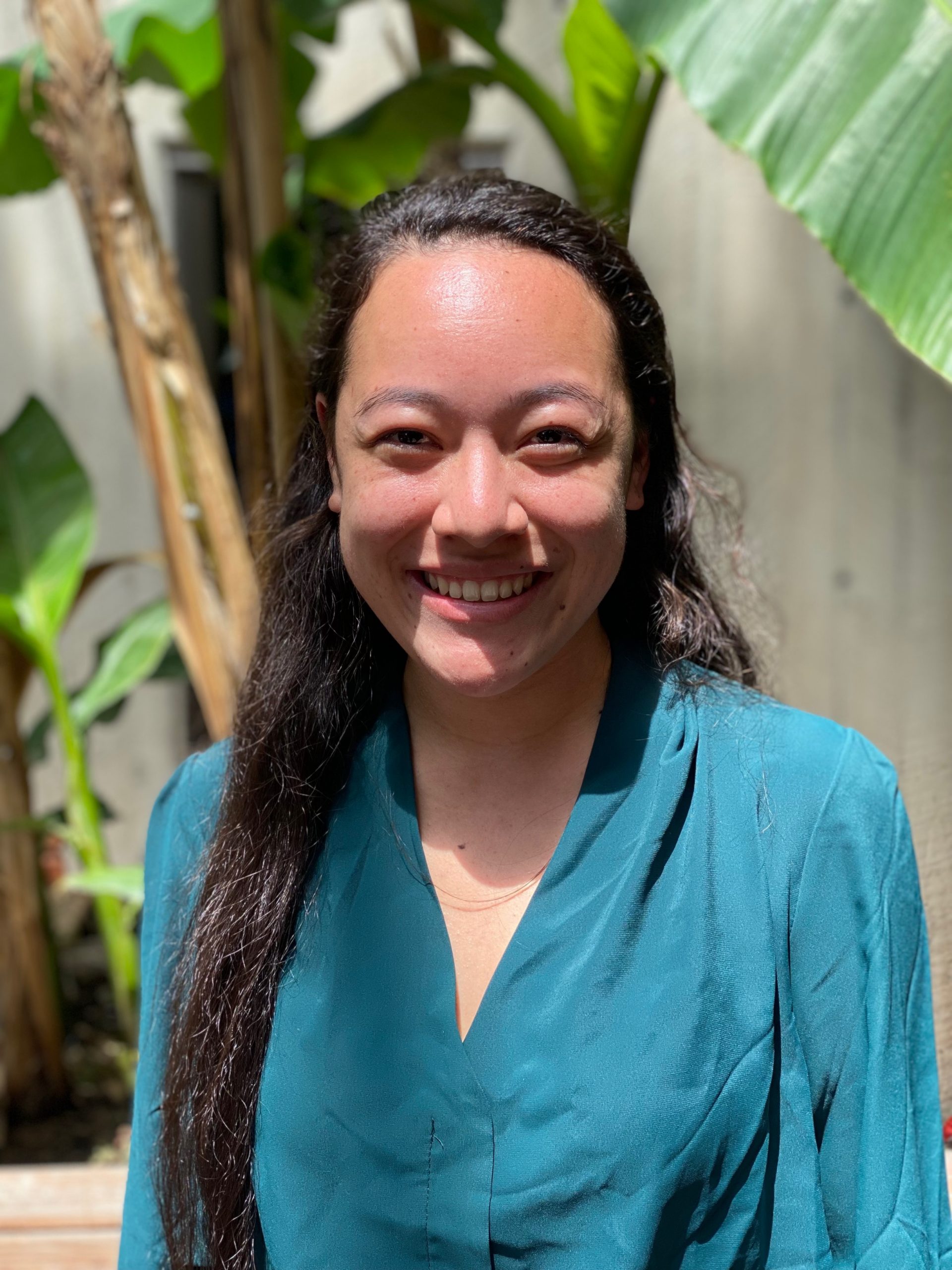 With my mom being a nurse, she would often talk to her friends about how PA was the new up-and-coming career, and that’s what prompted me to look into it. When I did, I thought, “Oh, this is perfect. This is exactly what I want to do.” I really like collaborating with doctors. And I know from my community that PAs are known to be more personable with patients. I really like the model behind MEDEX, and the history of Dr. Smith. I also appreciate the rural emphasis, because eventually I do want to work in a rural community in Kona or on one of the islands, since that’s the community I grew up in.” 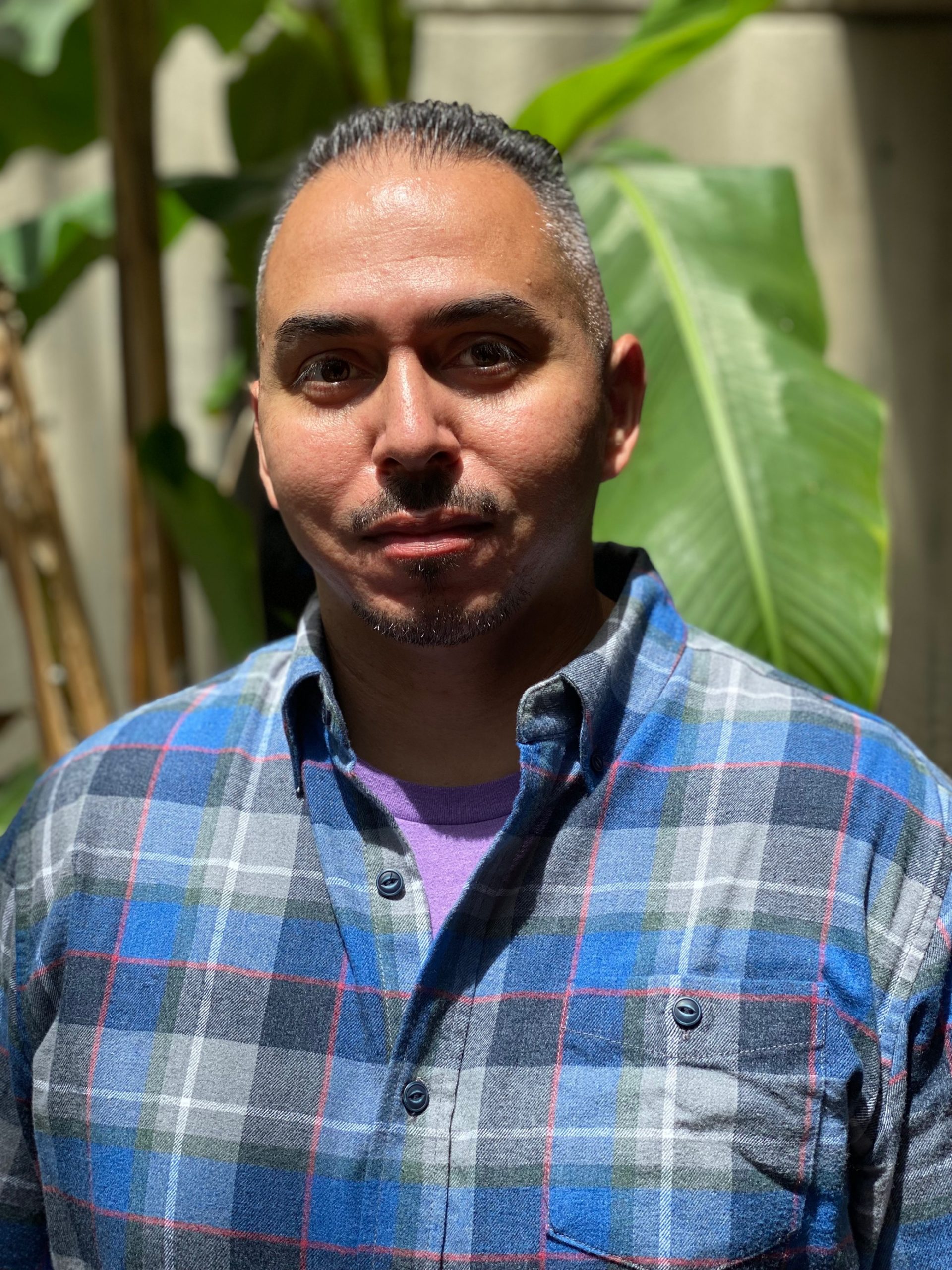 I worked for a time as a respiratory therapist with the Department of Veterans Affairs in Spokane, and I felt like I wanted to do more to contribute to veterans. As a veteran myself, I love providing care for veterans, working with veterans. I saw that there was a shortage of mid-levels, PAs in particular, within the VA system, and I thought that would be a great future for me, and a better way to serve fellow veterans overall. MEDEX’s strong historical connection to the military is what drew me to this program. 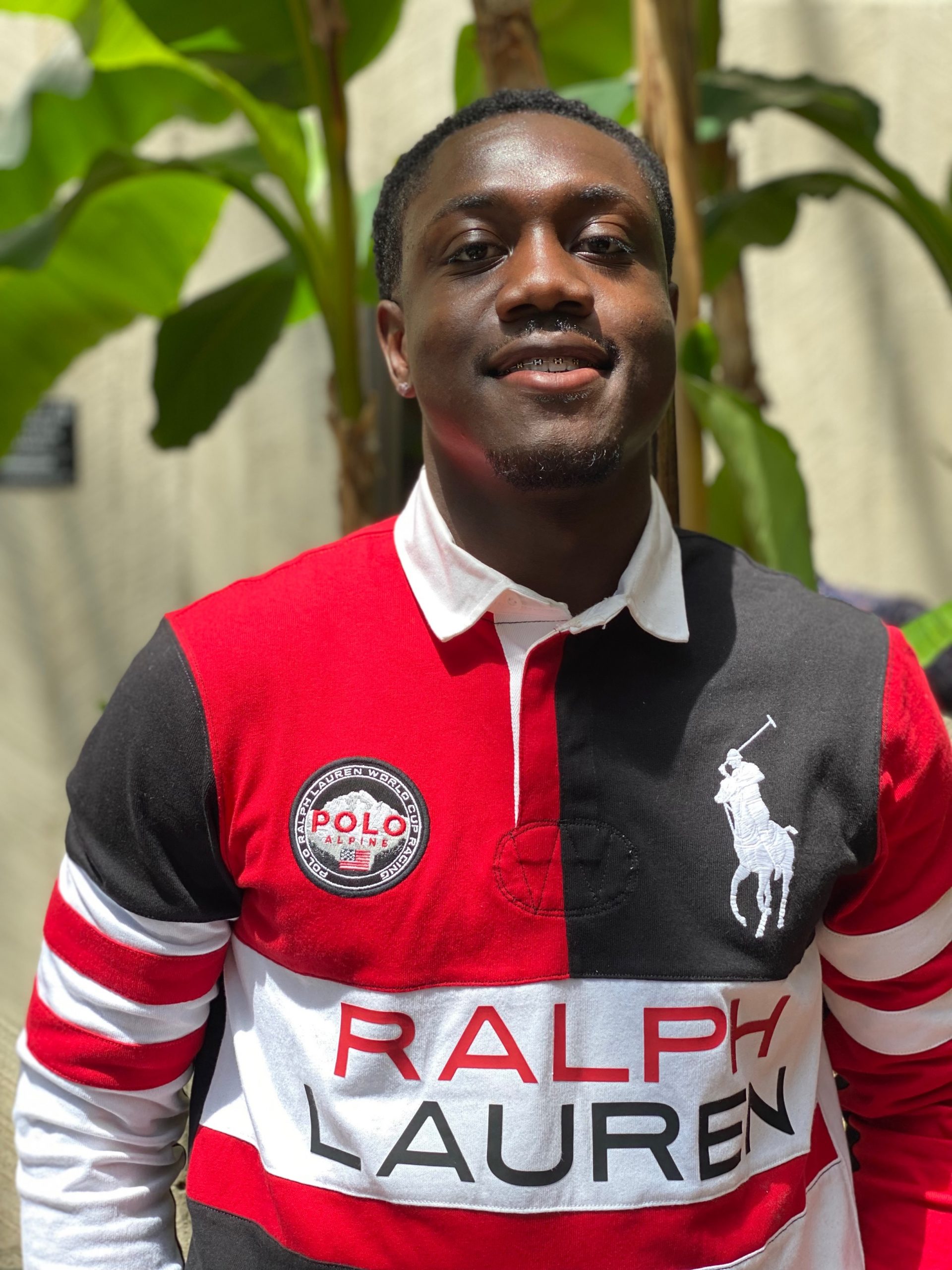 We worked with this one PA during a pre-natal appointment for my daughter, who had an irregular heartbeat appear in her exam. Well, you know what PAs do! She spent the extra time with us that we needed, then came back again and reassured us. And that did it. I was majoring in graphic design, but after awhile I was looking up the pre-requisites to become and PA. MEDEX drew me with its mission statement, for sure. Digging deep, helping underserved populations. When I went back to Fairbanks after college, I did some work with the youth there, seeing those underserved kids, working with them, just to let them know that there’s more out there. That’s what I plan to do as a PA, too. 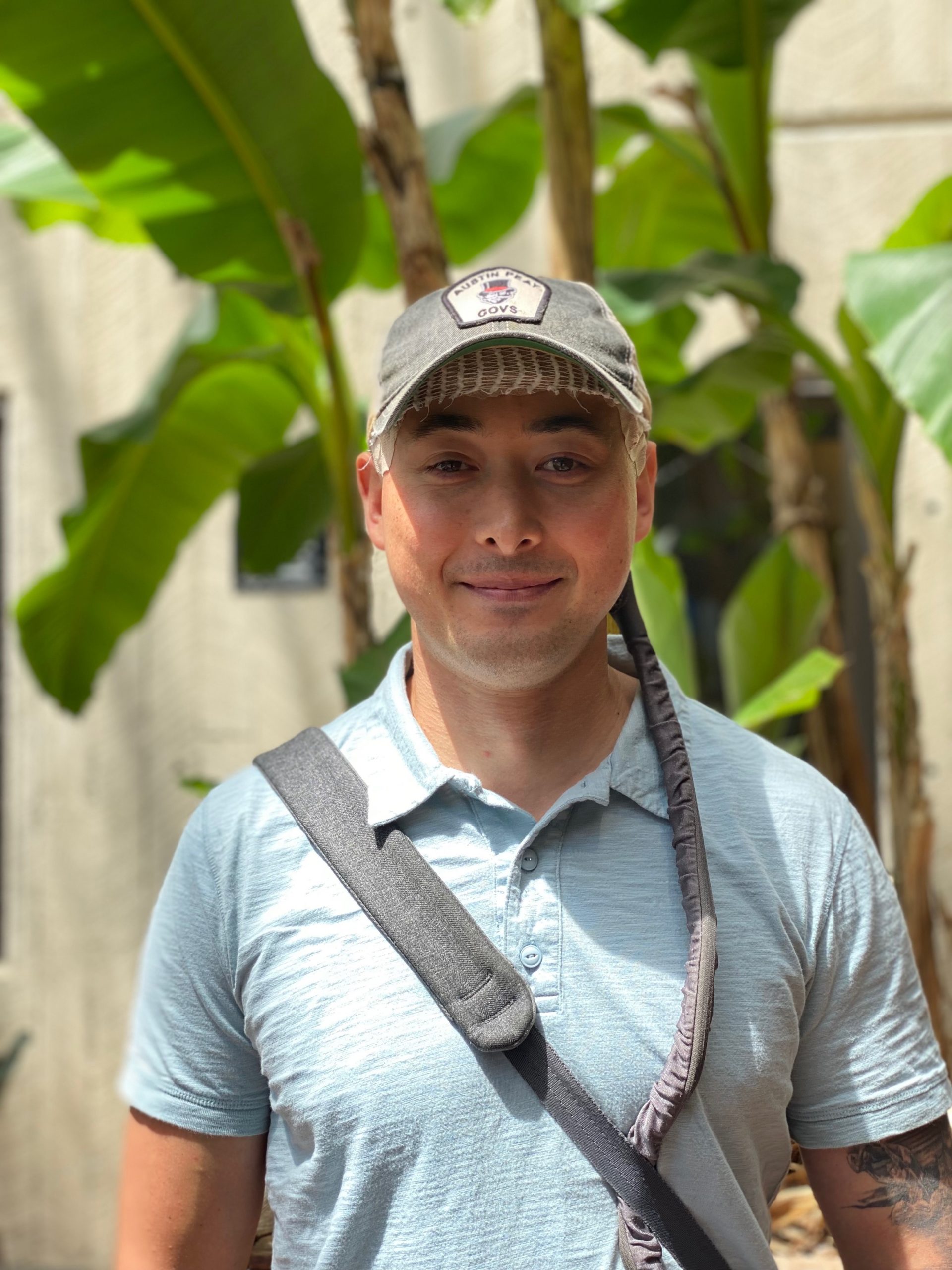 I was an Army Special Forces Medic for 11 years. As a Special Forces provider, I was used to working in a very close-knit team environment. I always had supervising medical physicians working with me, so the PA profession is really a natural fit for me: being flexible in a team environment. My unit was focused on the Middle East: Syria, Iraq, Saudi Arabia, Qatar, Turkey. We were always going into different situations. We were always trying to work with communities, to empower community organizations to work with toward common goals, and a lot of the focus was on healthcare. I felt like I was in the most flexible position to benefit communities. I felt like I could go to where people needed my skills most. That’s what attracts me the most about the PA profession. 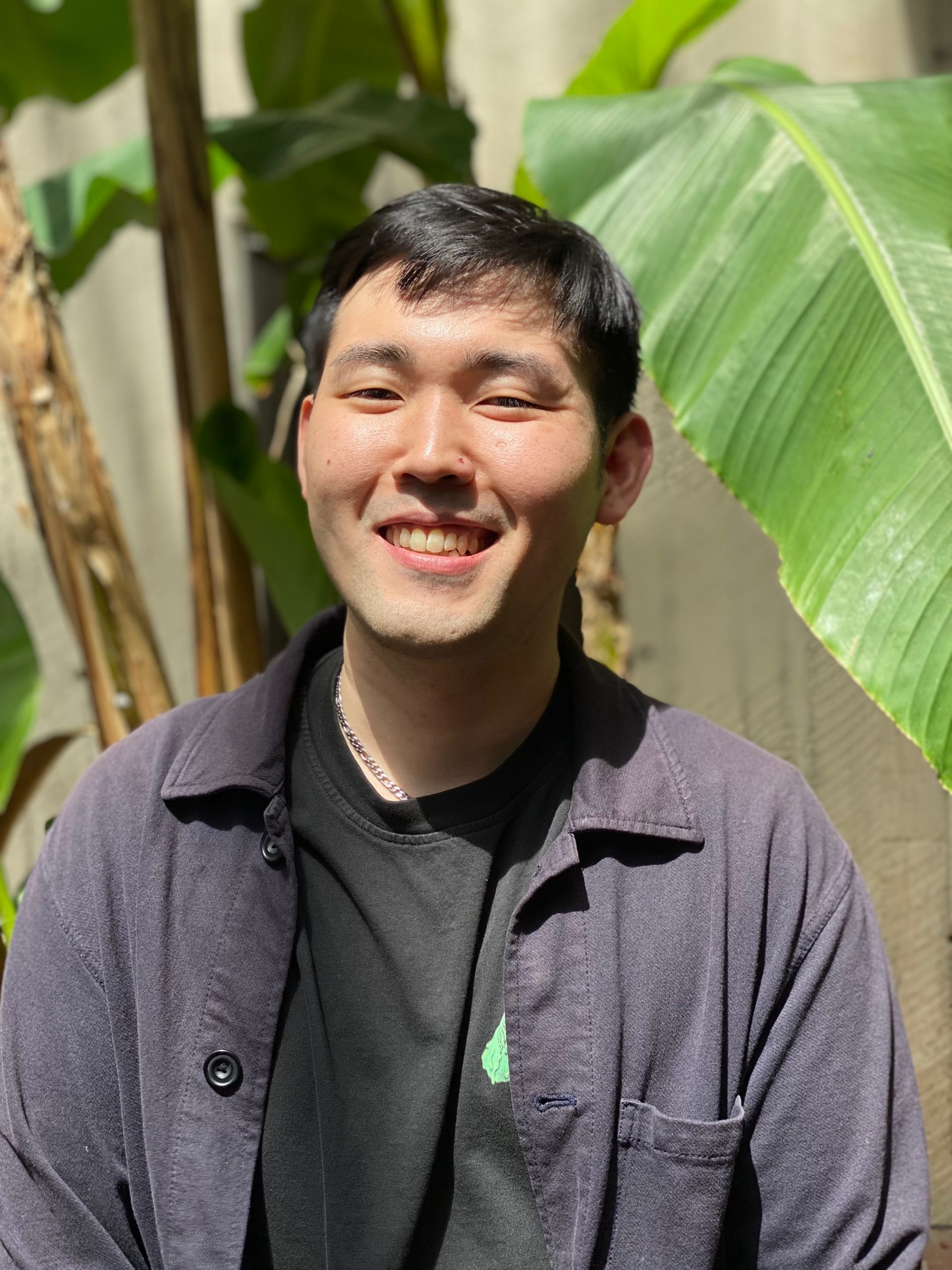 I grew up in Seattle as an immigrant, as an Asian person who found a lot of barriers to healthcare. A lot of Asian people turn to Eastern medicine when there is a lack of affordable access to healthcare. I think especially with males there is a lot of toxic masculinity that is still prevalent, even among the older generation, even among my friends. So I feel that if I become a PA within my community, I become the bridge to to my cultural heritage as an Asian person. When I listened to Dr. Smith’s story, his fight against segregation, I realized that in my own ways, as an Asian person and as military veteran, I am able to carry on the tradition of Dr. Smith. I am very fortunate, very excited. It feels almost surreal, man. It’s been a long time coming. 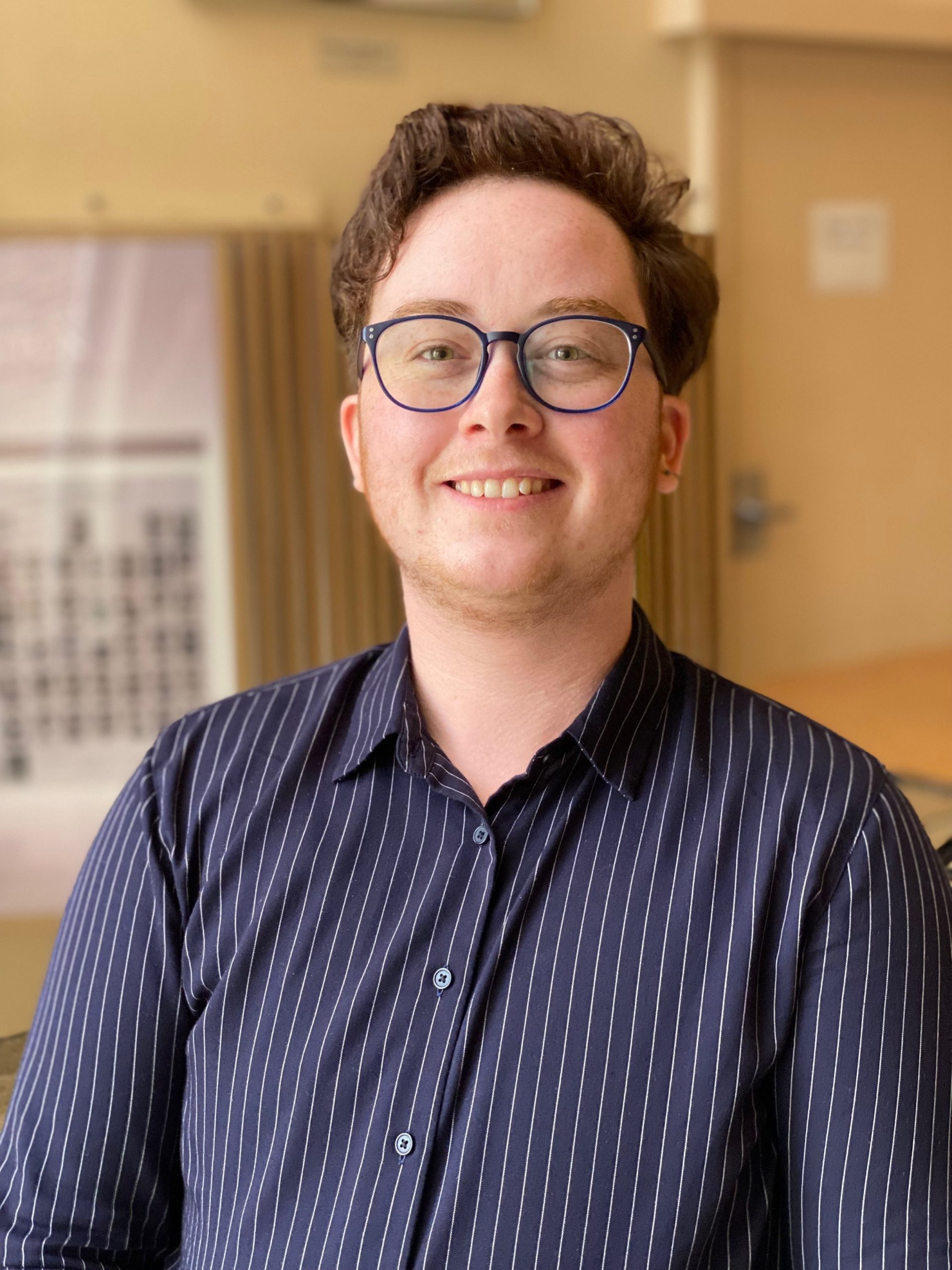 I’ve worked in healthcare for the past six years, mostly as an MA. I started at Planned Parenthood in Seattle, did ultrasounds, worked with informed consent and patient de-escalation in the ER. I wanted to branch out, so I started working at UW Internal Medicine for couple of months, then I transferred to Harborview ER, and that was followed by a move to Portland in 2020 to work in LGBTQ primary care. And that is what called to me. Becoming a PA feels like natural progression for me. Every PA I’ve ever worked with has influenced who I am now, and so it just feels really right to me.