MEDEX Northwest is remembering our colleague and former longtime leader of the MEDEX program, Ruth Ballweg, MPA, PA-C Emeritus, who passed away on Sunday, November 20, 2022. We are comforted to hear from Ruth’s family that “her last hours were painless and peaceful, managed by a brilliant team of hospice workers and caretakers who made sure that her transition was managed with grace and respect.”

It is fair to say that Ruth’s entire professional lifetime was devoted to the increased access to health care and the improved quality of medical education, not only in the Pacific Northwest but also nationally and internationally. This work began in the mid-1970s in Ashland, Oregon, where Ruth worked as a childbirth educator and social worker and came to be recognized as a leader in the state’s burgeoning alternative birthing movement. She and her colleagues joined forces to create the first approved hospital-based Alternative Birth Center at Ashland Community Hospital in 1976.

Not long afterwards, Ruth decided to become a Physician Assistant (PA), a profession that was itself barely a decade old at the time. She moved to Seattle, Washington to join the MEDEX Northwest program, and graduated with MEDEX Seattle Class 11 (1979). Upon graduation, she returned to Ashland to work in a family medicine practice – the community’s first PA – and then went on to work with the Bremerton-Kitsap County Health Department in Bremerton, Washington – the first PA employed by the Department. Her work in Bremerton built on her ongoing concerns for family planning and maternal health, alongside newer interests of improving health care in jails and among immigrant families.

An opportunity to shift her professional focus to PA education led Ruth back to Seattle in 1981 to join the faculty of MEDEX Northwest. This was at a time when the program’s future – and indeed the very place of the PA profession in the Northwest – was under threat by federal reports predicting an overabundance of physicians in the 1980s, suggesting a reduced need for physician assistants and other mid-level providers. Ruth led the charge in challenging these threats to both the program and the profession, taking actions such as coordinating a health policy conference that spelled out and promoted the essential and expanding roles of PAs in health care team settings. That MEDEX Northwest continues to flourish today is a testament in part to the successes of her efforts.

Ruth assumed the role of MEDEX Program Director in 1985, and she would maintain a position of leadership within MEDEX for the next 29 years. A full accounting of her accomplishments over that time can be traced through any number of published interviews, articles, academic publications, biographical entries, conference talks, presentation reports, awards given, and honors bestowed. Taken together, they present a person truly driven to shore up and expand MEDEX Northwest as a leading PA education institution, and to further the professionalization and reach of the greater PA enterprise. At the center of Ruth’s work was overseeing the growth of MEDEX Northwest from a Seattle-based, one-year certificate granting program for some 20 students per cohort, into a 27-month bachelor’s and master’s degree-granting program serving some 140 students per year on multiple campuses extending from Seattle to Anchorage to Yakima (closed in 2014) to Spokane to Tacoma.

Beyond her work for MEDEX Northwest, and after officially stepping down from her leadership position in MEDEX in 2015, Ruth continued to push the PA profession forward on both national and international fronts. The list of her efforts and accomplishments beyond MEDEX is long, impressive and partial at best:

In a 2016 MEDEX Magazine interview, Ruth was asked to reflect on what it was that drove her to do all of this, day after day, year after year, decade after decade. “There’s an overarching thing aside from how we survived and how we grew,” she replied.

“I think that people that have been in my shoes over a period of time, we pretty much would all say the same thing: it’s all about the students. That’s what the rewards are, making sure we choose people that value the unique opportunities to be found in the PA profession. Meaning, do they care about people? Are they willing to go that extra mile? Do they care about relationships? Because our [MEDEX] students are older, difficult things happen to them while they’re in school. Sometimes you get involved in the most wonderful and incredibly sad aspects of their lives. The bonds that are created through those experiences will never dissolve.

You know, Dick Smith [Dr. Richard Smith, founder of MEDEX] talked about people giving him a bad time when he moved out of clinical practice. But he said it’s about multiplying your hands 10,000-fold. Well, being a PA faculty person and a director especially, you get the chance to do that, and nothing will ever take that energy away from you. The sadness, the tears, the laughter—it’s all about the human condition. It’s worth every second. Sometimes the person that just drives you most crazy turns out to be the best clinician, or the most effective leader who pushes for change in just the right places.”

If it is difficult today, nearly 55 years into its history, to imagine the PA profession as anything other than what it has become – an essential piece of the team-based puzzle that is contemporary health care here in the United States and in many places across the world – that is because of the likes of such rare individuals as Ruth Ballweg.

Rest in peace, Ruth. And thank you. 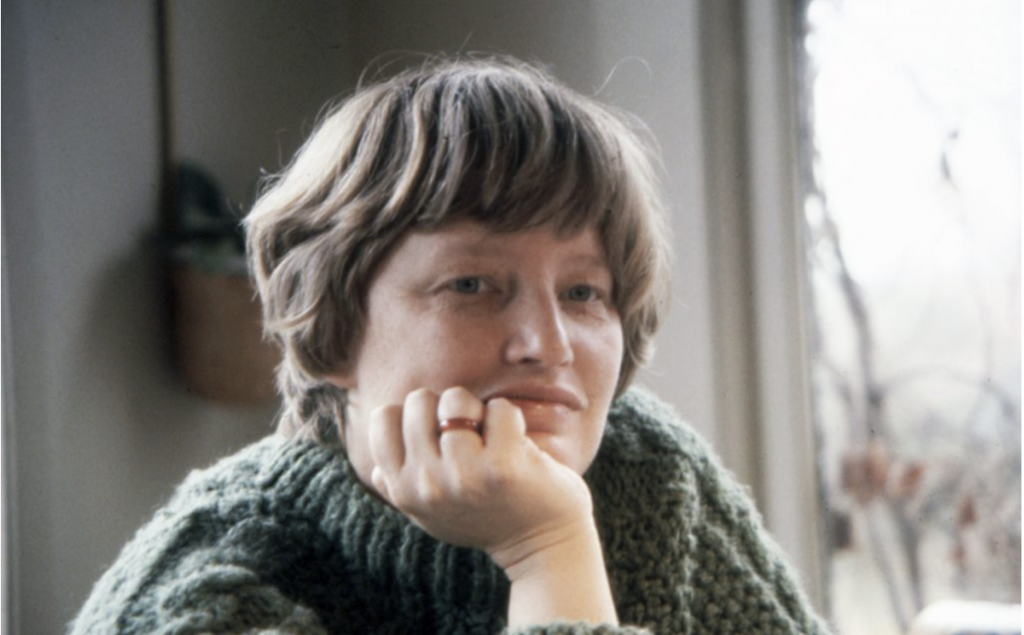 Many thanks to Pirkko Tera and Dayan Ballweg, and to the Physician Assistant History Society (PAHX).