MEDEX, the Military and Becoming a PA

By Admin | Feature,Veterans
MEDEX Northwest and the United States Armed Forces are tied at the hip historically—all fourteen members of MEDEX’s inaugural class, Seattle Class 1 (1969), were former Vietnam-era medics or corpsmen in search of a way to put their hard-earned medical knowledge and experience to work in a civilian setting. And it’s a relationship that continues to this day. In recognition of Veteran’s Day 2021, we invited students from among the current MEDEX classes, students who bring military experience with them into the classroom and clinical rotations, to share some thoughts on the connections between their military service and their decisions to become PAs and healthcare providers. This gathering of voices is one way to recognize and celebrate this essential ingredient of the MEDEX Northwest mix. 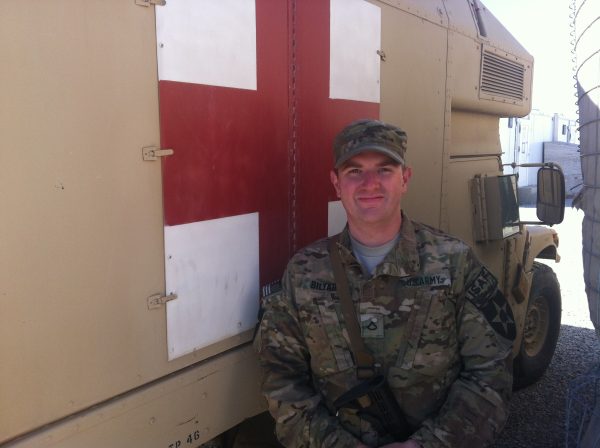 I served as a combat medic in the U.S. Army from 2011-2015. My first duty station was at Fort Lewis, WA, where I was assigned to the fourth brigade, second infantry division, attached to a Calvary unit (2/1 Cav). While there, I expanded my skill set and knowledge of medicine and really pushed to become a PA. This is thanks to the PA I had the pleasure of serving under who pushed me to learn something new every day. While deployed to Afghanistan from November 2012 to May 2013, I had the opportunity to train the Afghan national army medics in life saving interventions, as well as treating everyday injuries, illnesses, and major traumas for U.S. service members and contractors working in Afghanistan at that time.

When looking into PA schools, MEDEX has always been at the top of my list due to its historical ties to the military. Military medics have a unique skill set that helps translate to the PA profession. Knowing that the MEDEX program was founded with military veterans convinced me that it’s the program I wanted to be a part of. 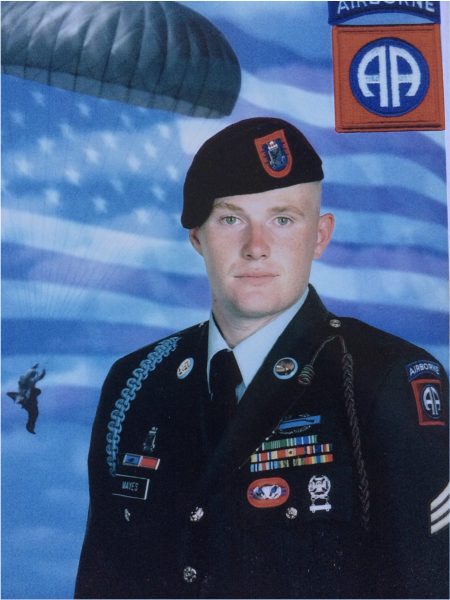 I am from a military family, and it seemed natural for me to join the Army when I was 17. My military service was different from that of my father’s, as it was an opportunity to be the first person in my family to go to college. A few years after I enlisted, I sat in disbelief as the towers fell. My life from this point on would forever be changed. My military experience helped me see beyond my circumstance and realize the need for doers, using skill to help people in their greatest need.

The PA profession began as veterans returning from Vietnam entered back into society finding themselves struggling to use their experience and translate it into civilian medicine. I also struggled to find my place after the military, and it has taken me years to get to this point.  I’m so appreciative of the opportunity that MEDEX has given me, as a veteran, to become a competent and compassionate PA. 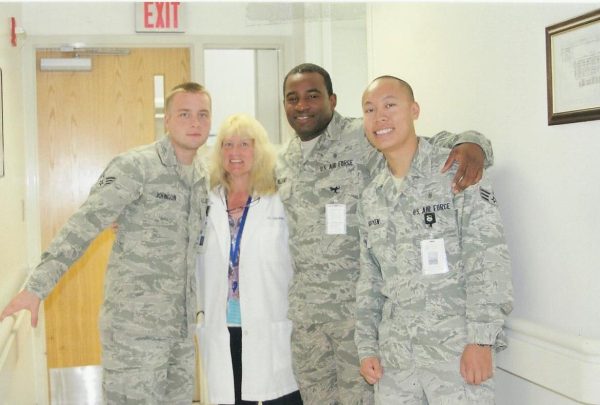 It was nearly a decade ago when I decided to enlist in the Air Force. At the time I had no idea that I would work as an Aerospace Medical Service Technician, earning my NREMT license and begin working in a primary care setting at Tyndall AFB. I enlisted open general, so this career path was decided for me by the Air Force.

I left the Air Force in 2012 after four years of service to pursue an undergraduate degree. My experience in the Air Force exposed me to a wide variety of healthcare professionals and most importantly to the PA profession. Many of the PAs that I worked alongside started off as AF Medics and demonstrated to me the value of my experiences and how I could use them to advance my knowledge and skills to deliver care to patients. What originally started as a means of affording college eventually shifted my interest towards the sciences and a desire to continue my service as a Physician Assistant.

The commitment of MEDEX to train and recruit veterans and efforts to improve access in underserved communities is what drew me to the program. As I complete my rotations throughout Hawai‘i, I know I made the right decision by choosing to attend MEDEX. 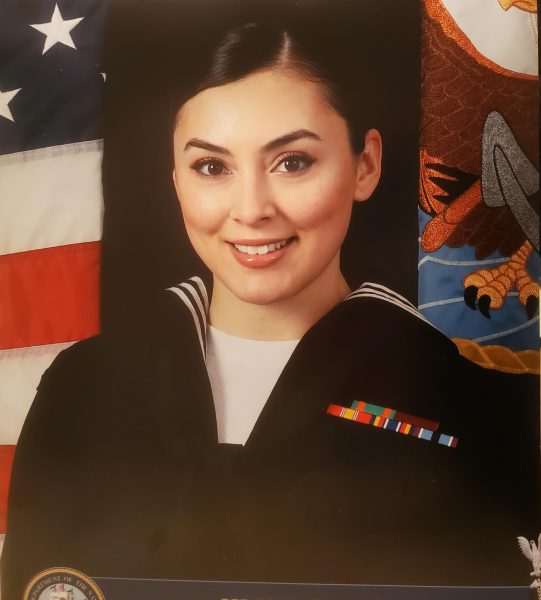 Honor, courage, and commitment—these were the three core values I lived by for almost eight years while actively serving as a Hospital Corpsman and lab technician in the United States Navy. The amazing leaders and healthcare professionals I’ve worked with at the different duty stations I’ve been assigned to throughout my military career have helped develop my commitment to ethical conduct, honesty, integrity, responsibility, and most of all dedication and passion to provide the best care possible to our patients.

The Navy has helped lead me to pursue a career as a PA and work alongside other awesome healthcare professionals as a team. I also give thanks to one of my Lieutenants who was a PA in the Navy for demonstrating the great qualities that a PA should have and inspiring me to consider rejoining the military as a PA Officer to provide medical care to service members and their families again.

Furthermore, I have a huge appreciation for and feel a deep connection with the history of the PA profession and MEDEX program for their connection with Navy corpsmen and military medics that have helped pave the way to the creation of the PA profession. It’s great to see how much our medical training and experience in the military have really helped us become better providers. Even though my time in the military ended in May 2021, I will never forget how much the military has helped me get to where I am today and beyond. 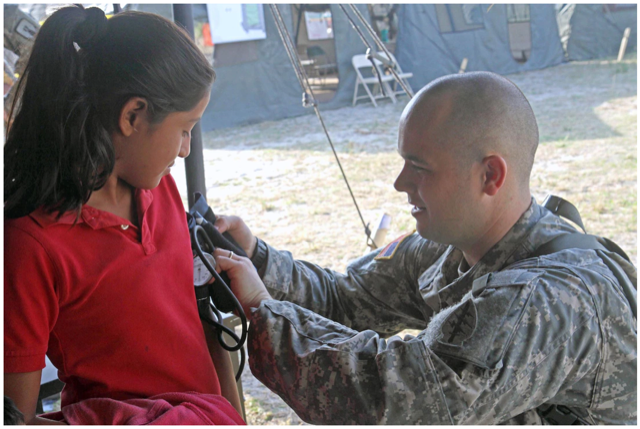 My connection to the military began with both of my grandfathers who served in WWII and continued with my individual service in the Utah Army National Guard. For the past 8 years, I have served in the 19th Special Forces Group Support Battalion as a preventive medical officer. I’ve been in a unique unit full of PAs who form the cornerstone for mission success across the globe which I hope to join this upcoming year as I graduate and become a PA through MEDEX Northwest. 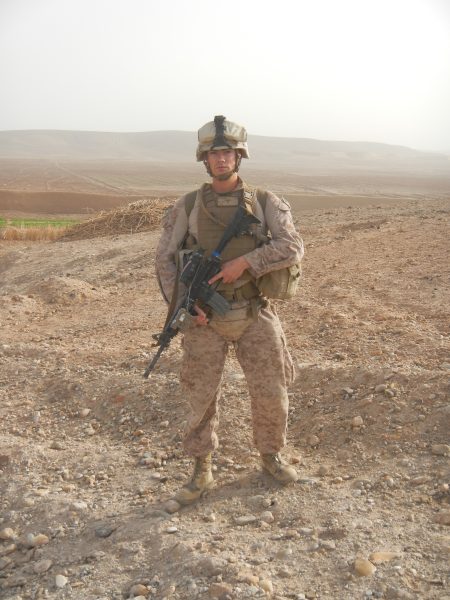 I served as a US Navy Hospital Corpsman for eight years, providing medical care to Marines and Sailors in many different and austere environments, including clinical medicine in the battalion aid station, medical coverage during field training, and alongside Marines in Afghanistan.  I was intrigued by the close-knit community among service members, and I found fulfillment in providing care to them and their families. But I also felt limited in my capabilities as a corpsman.

I stumbled into the physician assistant profession, not knowing anything about the profession initially. But after working with an active duty PA, I quickly realized that this was something I wanted to pursue. He was a prior corpsman himself, and I was impressed by the level of care he could provide to his patients.  Not only did he perform clinical medicine much like the doctor, but he was also able to practice autonomously in the field and hold a lot of responsibility.  My positive experience with him started me on my path to PA school.

The PA profession also has deep roots in the military and veteran communities, and I wanted to be a part of that legacy.  MEDEX itself is a significant part of that history and has a reputation for supporting veterans, a factor I took into consideration when applying for schools. 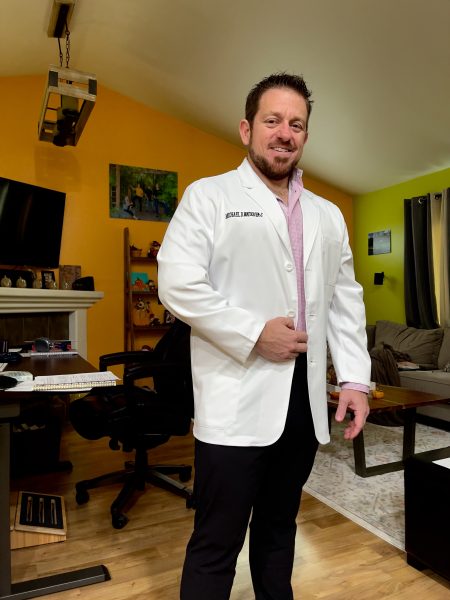 I joined the US Marine Corps at 18 coming directly out of high school. I served for 8 years and spent some time in the Middle East while with the 1st Battalion, 5th Company. While there, we saw our share of horrible destruction and even some amazing lifesaving miracles. One thing that really stood out was the skill of some of the doctors and PAs. These people maintained such calm while dealing with the most traumatic cases and sick individuals you will ever see. After seeing the ways in which they handled themselves, I just knew that I wanted to pursue a career in medicine.

Then after moving to Alaska, I met some of the most amazing PAs. Several of them came from the MEDEX program and really showed me that it was possible to do this. So here I am, working towards becoming exactly what I saw in the deserts of Iraq and Afghanistan. I am proud to be a veteran and one day a higher-level practitioner of medicine.

The Next Mission: MEDEX & the Military 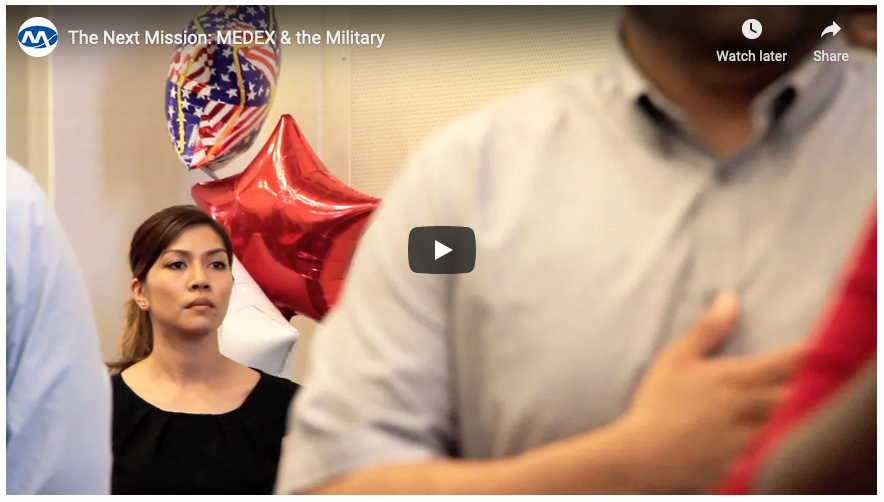 We invite you to explore the stories of MEDEX students further by watching The Next Mission: MEDEX & the Military (2015), a MEDEX Northwest-produced video that features four MEDEX students from the then newly-opened MEDEX Tacoma campus. These members of MEDEX Tacoma Class 1 reflect on their transition from being medically-trained military personnel during the time of the Iraq and Afghanistan wars to pursuing new careers as civilian PAs. To provide historical context, the video also introduces several members of the pioneering MEDEX Class 1 (1969), each of whom came to define and lead this new profession following on their Vietnam-era military service. Two generations of U.S. soldiers, two generations of MEDEX graduates, each exploring the role that military service played in shaping and guiding them to become MEDEX-trained PAs.