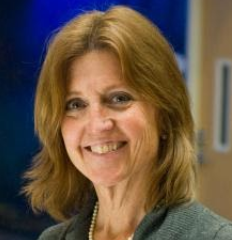 Dr. Breuner attended Medical School in Philadelphia at Jefferson Medical College with a Residency in San Diego at the Balboa Naval Hospital. She served as a transitional intern, consisting of 6 months internal medicine followed by 6 months of surgery training. Following this Dr Breuner was the general medical officer on the destroyer tender, USS Acadia, homeported in San Diego. She entered a 3-year pediatric residency, serving as Chief Resident the final year. She spent the next two years as a general pediatrician in Japan, where she volunteered as a pediatric consultant in Navy clinics throughout Japan and Korea. Dr. Breuner then spent a year working in Pakistan caring for Afghan refugees where she taught soldiers to be medics in their military and local communities.

Upon her return from Pakistan in 1991, Dr. Breuner began a two-year fellowship at Seattle Children’s Hospital in Adolescent Medicine which she followed with a 6 year stretch at Swedish Hospital teaching in the Family Medicine residency. During this time, she received her Masters in Public Health from the University of Washington with a thesis focused on complementary medicine use in homeless youth.

Dr. Breuner returned to the University of Washington and Seattle Children’s Hospital in 2000. She joined the faculty of the Orthopedic and Sports Medicine department in 2007. She is the current director of the Adolescent Eating Disorder Clinic and is also the director of the Adolescent Biofeedback Clinic. She attends on the inpatient wards, covers West Seattle High School as the football team physician, teaches mind body medicine at the University of Washington to the 2nd year medical students and directs the complementary medicine elective for the medical students and pediatric residents. Her research focus has been on the education of medical students and residents on the integration of complementary medicine into allopathic care and on the use of yoga as an adjunctive intervention for the treatment of eating disorders.

Dr. Breuner has many publications on the safety and efficacy of complementary and alternative medicine. She serves as Chair of the American Academy of Pediatrics Committee on Adolescent and is on the Medical Executive Committee for Seattle Childrens Hospital. Dr Breuner lectures all over the United States, Canada and Europe on a variety of topics including complementary and alternative medicine in pediatrics and on the adolescent patient and athlete. Finally, she has three fabulous children, ages 29,27, and 25 and loves to travel, hike and go on adventures with her children and their dog.