Dr. Smith founded the MEDEX program as a federal demonstration project in the late 1960s.  He hoped to increase the pool of clinicians in underserved settings by drawing on the extensive skills of returning military medics and corpsmen.  After ensuring the success of MEDEX, he went on to develop and deliver materials to facilitate the training of health workers in developing countries; materials that have been adapted and used in over 70 countries.  His strong leadership skills allowed him to put his vision into practice.  Richard Smith Scholarship awards are offered annually at each MEDEX campus. These awards go to potential leaders; visionaries with a commitment to increasing access to healthcare for the underserved.  Applicants should have a broad and global perspective on healthcare issues.  These are usually awarded to first-year students, but clinical-phase students will be considered as well. Sue graduated with MEDEX class 27 and worked for several years with the Whidbey Community Physicians group.  After Sue passed away, the clinic and her family (which includes MEDEX A&P instructor Kira Vader) established a scholarship fund.  Sue loved life and family, and cared deeply about patients and the medical field.  Applicants must have an interest in family practice or women’s issues.  Applicants should also have a broad perspective on life.  This is open to both first- and second-year students. Mike graduated with MEDEX class 26 and worked in the ER at Group Health.  After Mike passed away, his family and friends established an endowed scholarship fund to support students interested in a career in emergency medicine.  Mike was dedicated to his work, and a high level of professionalism was a hallmark of his daily practice.  A focus on caring and compassionate customer service was very important to him, as was collaborative teamwork.  Applicants should demonstrate intelligence, curiosity and kindness and have an interest in education.  This award is open to second-year students planning to enter practice in emergency medicine. Barb graduated from MEDEX in 1979. She was a PA with a commitment to expanding healthcare access for the medically underserved. She helped launch the MEDEX Yakima campus, and after a few years moved on to launch the MEDEX Spokane campus. Her dedication inspired many MEDEX graduates from central and eastern Washington. Barb passed away in 2002 after a courageous battle with cancer. The Barbara Gunter-Flynn Scholarship will be awarded to a student from the Spokane campus. The awards committee will look for a student who is inspirational with a commitment to service of the medically underserved. This is usually awarded to a first-year student, but clinical phase students will be considered as well. Jennifer Johnston was the program Administrator and Admissions Director at MEDEX for 30 years. Hundreds of MEDEX graduates remember the day that Jennifer called with an offer of admission. Jennifer believed strongly in the MEDEX mission, and as a former teacher, was especially happy to see students from disadvantaged circumstances succeed despite facing many challenges along the way. This scholarship will recognize students who have demonstrated tenacity to overcome life’s hurdles, and the commitment and perseverance necessary to rise above significant obstacles on the pathway to becoming physician assistants. Elizabeth (Liza) Benson joined MEDEX with Seattle Class 45. She returned to Wyoming during her second year for clinical rotations, but was lost in a skiing accident involving an avalanche. She had worked with a small-town orthopedics practice prior to PA school, and looked forward to becoming a rural PA after graduation. Liza was admired for her adventurous spirit, sharp intellect and compassion for others. Her passion for the wilderness can be expressed through her favorite John Muir quotation: Climb the mountains and get their good tidings. Nature’s peace will flow into you as sunshine flows into trees. The winds will blow their own freshness into you, and the storms their energy, while cares will drop off like autumn leaves. This scholarship will recognize a MEDEX student who shares Liza’s spirit of adventure, and who plans to practice in a wilderness or rural setting within the WWAMI region. 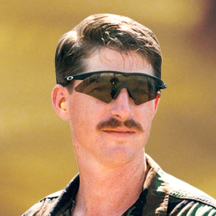 Chris Heim entered the MEDEX program after 23 years of service in the U.S. Army as an 18D Special Forces medic. He was a member of MEDEX Seattle Class 41 graduating in 2009. With a promising civilian PA career in place, Chris helped establish a medical practice in San Antonio, Texas. Tragically, Chris died in a motorcycle accident in August 2015. In his memory, this award recognizes an outstanding military veteran among the current MEDEX student cohort. 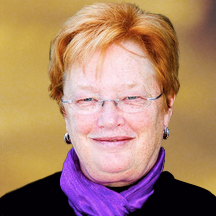 For 29 years, Ruth Ballweg, MPA, PA-C Emeritus and Professor Emeritus in the UW Department of Family Medicine, served as the Program Director of MEDEX Northwest and oversaw the expansion of campus locations to Spokane, Yakima, Alaska, and Tacoma.  Ruth continues to consult with PA programs nationally and internationally.  In 2017, she created the Endowed Fund for Leadership to support current MEDEX students in their development of leadership roles within the profession.  As physician assistants assume greater influence in healthcare, there is a seat at the table in administration, management, and advocacy.  One way to start is for leadership-minded students to attend the annual AAPA conference in May or similar one-time conferences as they become available. This fund will pay $500 annually to a student from each MEDEX campus to cover expenses including travel.  The fund is open to both first-year and second-year students.