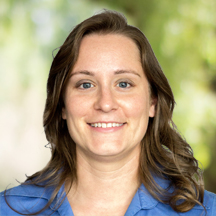 As a physician assistant and graduate of MEDEX Seattle Class 41, I can say without a shadow of a doubt that MEDEX has been at my side for my entire PA career. From my graduation day where I was awarded the “Spirit of MEDEX” award, I have always hoped to be lucky enough to return to this establishment and give back to the profession.

I began my medical career as a Healthcare Specialist and Combat Medic in the Washington State Army National Guard, where I have had the supreme honor of serving overseas during Operation Iraqi Freedom I and II. An even greater honor came from my medical service in times of need in the United States. I provided medical care to the displaced citizens of New Orleans after Hurricane Katrina, screened the first responders to the wildfires, and provided the first military medical response to the Oso WA landslide. I can honestly say my military medical career has been blessed.

My civilian medical career began with Catholic Health Initiatives (CHI) in Enumclaw WA. I was employed primarily in gastroenterology and hepatology, and helped to create the residency program for our new PAs and nurse practitioners. I left the practice in 2016 to begin my new career with MEDEX. I still work per diem in acute care and family medicine for CHI in Enumclaw. After the opening of the Tacoma campus, I felt the pull to return to MEDEX and begin teaching. After some guest lecturing and proctoring, I finally made the transition to full-time faculty and clinical coordinator, and have never looked back. Teaching, counseling, mentoring, and watching the next generation of PAs graduate has been the most rewarding time of my professional career.

In my small bits of spare time, I enjoy running, snowboarding, traveling, and playing video games with my son Jack.